Early, on this Sunday morning, the plane lands in a freezing and sumptuous Paris wrapped in autumn light; at 11 am, in front of the Musée d’Art Moderne de la Ville de Paris, the impressive line for the Basquiat exhibition reminds me of the hunger for Rothko, ten years ago. Basquiat’s magic touch? Colors, graffitti, tagging, use of found objects, his turning garbage into gold, frantic appropriation of frames, doors, windows, in an all-consuming urge of production. -“Hard to think of another artist who was so impactful for an 8 year career”, my friend Jonas rightly comments. Memories of Rauschenberg, of course, come to mind, as well as of Twombly and Jean Genet. In the French crowd, many kids, mesmerized by the brilliance of Basquiat’s meteoric career, look, come back, take notes, in awe of the spontaneity, the freedom, the “American gestual” that, since Pollock, signs artists’ works coming from the New World, so far away from the French’s much more controlled behaviour. Why is this Basquiat show much more impressive here than at the Beyeler, in Basel?, many wonder. Because of the urban setting around? Because of the installation, too: next to artist’s name, appears the long chain of the “dynamic agents” who surrounded him and made possible his short trajectory. Fom dealer to dealer -Annina Nosei, Bruno Bishofberger, Larry Gagosian, Mary Boone and Michael Werner, Tony Shafrazi-, their names say it all, as in the thirties and forties, Jackson Pollock’s fragile trajectory was carried over by the WPA program, Peggy Guggenheim and Sidney Janis.

In the afternoon, Larry Gagosian presents his new Gallery to the happy few -a group of collectors, artists, officials, friends, staff-, and offers a dinner in the garden of the Musée Rodin. It is polite and elegant. How amusing to see French civil servants and officials, or even Alain Minc (the epitome of a certain Parisian intelligentsia) rub shoulders with the self-made LA kid: two worlds! The gallery shows Twombly downstairs and Jean Prouvé upstairs, but it is certainly the in-between floor (which will be closed to the public over the next days), with its Picassos and Giacomettis, that holds the key to Gagosian’s presence in Paris: modern art. This is certainly that segment of the market which prompted him, after flirting with the idea for decades, to open in the private mansions that used to be the antiques gallery and residence of Jacques Heft, the brother of Picasso’s dealer. Since the nineteen nineties, Gagosian has been coming to Paris steadily, hosting lavish dinners in the best Montparnasse fish restaurant, creating and consolidating his network, integrating New York and Parisian characters, around a hilarious Cy Twombly, as happy as Gargantua in front of a pile of empty oysters shells. His arrival in Paris is reminiscent of the great bridge created when the Paris Universal Exhibition in 1900 brought to the French capital artists and intellectuals such as Edward Steichen from Milwaukee, Pablo Picasso from Malaga, and Gertrude Stein from Baltimore.

Wednesday morning, 11 am; at the FIAC early opening, feverishly, collectors run in the alleys to discover the booths: With her mercurial mobility, Nathalie Obadia discovers new artists from Portugal, India, Brooklyn; confident as an African prince, Kamel Mennour, shows an extravagantly impressive Anish Kapour sculpture; Daniel Templon, the classicist, intertwins French names –Arman and Garouste with Navarra and Jim Dine. Something has happened in Paris this year. Most everyone agrees that this FIAC is the best yet.

Gallerists, as is evident in the careers of Basquiat, Picasso or Giacometti, are bridgers – the ones who connect the artist to the market and connect artists with critics, curators, collectors and the public at large. In the United States, Leo Castelli has been the one to make American artists visible and to create for them a genealogy that definitely changed their status, both in their country and in the world.

Posted by www.anniecohensolal.com at 12:34 PM 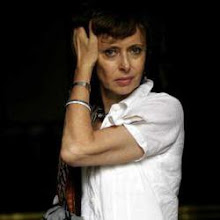